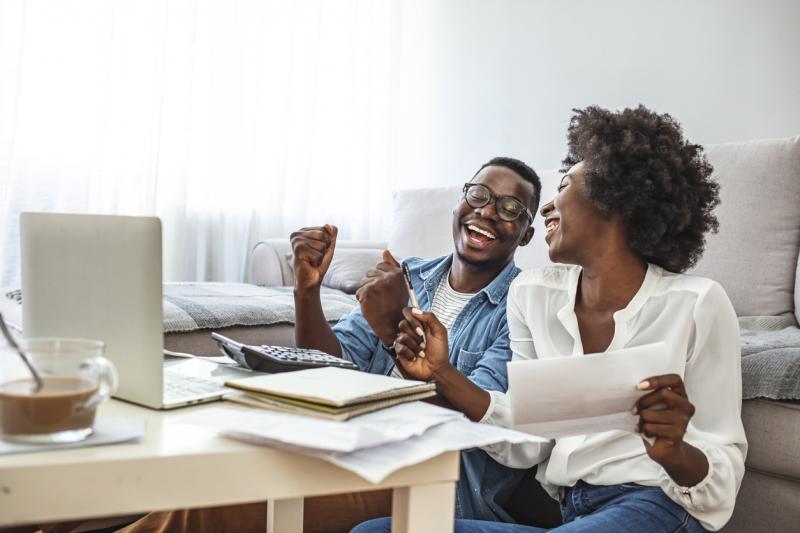 Joint bank accounts and consumer proposals often go hand-in-hand. A joint bank account is a shared account, usually between two individuals who are in a relationship or marriage. It can also be established among family members or friends. You don't necessarily need to include your spouse's name on the account; however, to make it a joint account, you do need their permission, and they must know (or have reason to know) about it.

Bank accounts offer various benefits such as convenience, easy access to cash, even from different locations, and may sometimes provide overdraft protection that allows withdrawals even if there aren't enough funds available in the account at that time, provided that certain conditions are met. The downside of these accounts is that your money is not always fully yours, and if you're the only account holder, you don't have many options in terms of dealing with debt.

For example, suppose you are the only holder of a bank account with $2,000 in it and are sued for debts or legal claims associated with this account, even though the whole point of having a joint account is to share responsibility for any debt on the account. In that case, you may not be able to use that money to pay off the debt since it's technically not your money. Under these circumstances, you can ask to be added as an additional party on that account by your spouse, but they don't have to agree.

When sharing a bank account with somebody else, whether related or not, it is important to understand what that relationship means on a legal level. For example, even if they don't co-own the account with you, their name being on there can be used against you in certain situations, just like your own name might be. This is why any joint bank accounts you have should be discussed thoroughly and agreed upon by both parties unless they're specifically authorized by law.

Consumer proposals are essentially formal agreements to repay only a portion of unsecured debts through monthly installments for up to five years at an interest rate the debtor negotiates with creditors prior to filing the proposal generally lower than what they would pay under normal terms. The goal of this process is not only to reduce debt but also to avoid bankruptcy. Once a proposal is accepted by creditors and approved by a Licensed Insolvency Trustee, any payments made under the proposal are legally binding contracts between the debtor and the creditor.

Since you sign your proposal with all your personal information like name, address and social insurance number, it becomes a public record almost immediately through the Office of the Superintendent of Bankruptcy Canada's website. In some cases, creditors may be able to use this public record as leverage against debtors who have filed consumer proposals, especially if their names appear on joint bank accounts as additional parties to those debts. For example, creditors might threaten legal action or try to seize property related to those debts if no agreement is reached with the debtor after a certain period of time.

However, the fact that somebody (including you) has filed a consumer proposal does not mean that their name will automatically be added to all existing joint bank accounts for which they are responsible; creditors cannot simply assume it and must prove it first. Under certain circumstances, an account holder can be added as an additional party to a bank account (for example, spouses/common-law partners who share household expenses). But this process is usually initiated by the debtor because unless you request help from your spouse to have their name removed from one of your accounts, they will remain on it as long as you're both active on that account. Further complicating matters is that if there are any judgments against either of you, the judgment creditor also has the right to request that they be added as an additional party on your accounts regardless of any personal details or bank account agreements you might have made between yourselves.

Basically, if you're in a relationship with somebody and want to share bank accounts, there are certain steps you need to take to ensure that both parties are equally protected in terms of liability for debt repayment. If possible, it's best not to assume anything but rather go through official channels when transferring responsibility for an account to another person since this can affect how creditors deal with you when making collection attempts.

You can submit articles and write for us.